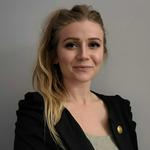 Updated 2 weeks ago by Morgan Wynnes

Whether you’re a new ISP or you’ve been serving customers for some time but want details about exactly what Sonar does for your connection type, this document should clarify the various methods Sonar offers of provisioning your clients & controlling their access to services.

When assigning IP addresses in Sonar, there are three possible approaches you can explore:

These methods can work independently for your whole network or be combined with the other methods on a per subnet basis within a single Sonar instance.

Sonar’s approach to controlling account data rates and network access typically involves grouping IP addresses assigned to accounts based on account traits, followed by forwarding those groupings to a device that can affect changes directly in the network.

Everything you see in the Sonar web client has an API endpoint and every action has a webhook.
These different provisioning approaches to managing account data rates and network access can be mixed and matched through your network and configured per subnet.

Getting Data Usage from Customer Devices into Sonar

When it comes to bringing Usage Data into Sonar there are a variety of methods that may be applied. More than one method may be applied at the same time to aggregate all data. A brief summary of each method, as well as links to that methods setup, are available below:

Netflow data from any inline device capable of producing this data is added into Sonar accounts based on the Src. IPs and Dst. IPs are assigned to a device on an account or to the account itself.

When a RADIUS session is terminated, usage data from the radacct tables in your RADIUS server is transferred to any accounts where that RADIUS username is stored.

Usage data is collected by the Preseem appliance and gets associated with accounts in Sonar based on IPs being assigned to a device on an account or to the account itself.

Data gets driven back to an account based on API endpoints that reference the account ID. Typically a middleware server aggregates this usage from one or more sources, then writes it into Sonar periodically.

Usage data is collected by the PacketLogic appliance and gets associated with accounts in Sonar based on IPs being assigned to a device on an account or to the account itself.

Usage data is collected by the SaiSei appliance and gets associated with accounts in Sonar based on IPs being assigned to a device on an account or to the account itself.

Similar to shaping and filtering covered in the last section, these approaches can be mixed and matched throughout your network based on the subnet.