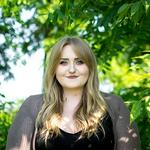 Updated 2 weeks ago by Kristen Fiddes

This integration is only supported for RouterOS firmware from MikroTik's Long-term release tree and we cannot guarantee that other firmware versions will integrate successfully.

Adding IP Addresses and Pools to the MikroTik

If you are already running a production network, you can skip ahead to step 3. If this is a brand new network setup, if you have not already done so, you should begin with IPAM: General Overview. Once you have completed IPAM setup, here are the steps to build these networks in your MikroTik:

Preparing the MikroTik for Sonar Integration

The first step to preparing the MikroTik for integration is to build a user within the MikroTik that Sonar can use to authenticate. Here are the steps to create and secure a user for Sonar access:

Creating the Sonar User in the Mikrotik

Next, API-SSL services need to be enabled on your MikroTik server. In most cases, you're able to use a self-signed certificate created right on the MikroTik itself following these steps:

Adding the MikroTik to the Sonar Application Firewall

Adding the MikroTik as a DHCP Server in Sonar

The sole purpose of this function is to allow you to bind specific IP pools to specific servers/identifiers within the remote DHCP server. For example, if you run 192.168.100.0/24 on VLAN 100 and 10.0.0.0/8 on VLAN 12, you can use DHCP server identifiers in Sonar to ensure that leases for these pools are written to dedicated servers for those interfaces in your DHCP server.

If a pool does not have a DHCP server identifier associated with it in Sonar, Sonar will use whatever the default behavior of your DHCP server is when writing the lease. In MikroTik for example, this is to write it all DHCP servers.

When creating a DHCP server identifier in Sonar, give it a name and select the pools that should be part of it. Changes made will be applied to all applicable DHCP servers in real-time.

If a DHCP Identifier is added to Sonar and the name/syntax does not match what is defined in the MikroTik's DHCP servers, leases won't show up in accounts or may show up at random and remove themselves minutes later.

To add a DHCP Server Identifier, follow the below steps: