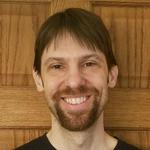 Updated 7 months ago by Matt Glosson

While Sonar V2 uses GraphQL as its primary API language, rather than REST endpoints, many APIs that were available in Sonar V1 have been ported to V2 for backwards-compatibility purposes.

To see a list of all V1 endpoints, visit legacy.sonar.software/apidoc. There is also a subset of those V1 endpoints that are available in the current version of Sonar, which are listed below.

This cURL example assumes the username is apiguy and the password is superSecret123:

Authenticating via Base64 username+password

If you’re using software you have written yourself, you may need to convert the username and password into an http basic authentication string. To do this, concatenate username:password. For example, if your username is apiguy and your password is superSecret123, convert apiguy:superSecret123 to base64 encoding. You can paste them below and we will do it for you. Note that nothing is transmitted to our server--this runs in your own web browser only.