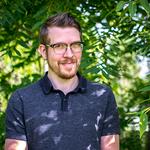 Updated 1 month ago by Rick Seemann

The above flowchart illustrates the end-to-end Feature Suggestion process.

Integrated into the Resource Center of Sonar is a link to our user Feedback Portal. Although the concept of submitting a feature request may seem self-explanatory, we strongly encourage you to read on to familiarize yourself with the process we have defined, and the advantage it provides to you and your business.

Less of a Suggestion Box, More of a Democracy

Once you have integrated Sonar into your business’ technical systems and operational processes, it becomes more than just a software platform. Sonar is a part of your world, woven in and out of your daily tasks, both big and small. As time goes on, your business is in a perpetual state of evolution. To keep up, Sonar must do the same. We are sincere in our commitment to bringing you the features and functionalities that best support your business as it changes over time, and as the world changes around it. Some of our best features and integrations were born from conversations with our customers, and so, we took the step to build this concept into a fully fledged and openly documented process.

To be a true democracy, you (the people) need a voice, and we (the Republic of Sonar) must be transparent about our plans for the future. The Feedback Portal is where these two concepts meet.

Submit a Request for Sonar

You’ve got great ideas, and we want to hear them. From the Feedback Portal, click on the “Make a Suggestion” button to reveal the Submit a Request form. When filling out this form, take time to be as descriptive as possible, so our team can best understand the need you have, and the way in which you envision our platform can help to solve it.

If you wish to format your submission to be styled beyond plain text, you can consult this reference for the Markdown syntax.
The Feedback Portal not intended for reporting bugs, or seeking technical assistance with existing features/functionality. For these matters, please send an email to support@sonar.software, so our team can promptly address your needs.

We strongly encourage that you make a habit of checking the “Suggested by Others” section regularly. This is where you can not only see the latest feature suggestions from fellow Sonar users, but also vote on the ones that matter to you most.

Once you have voted in favor of a suggested feature, you can rank your personal list of priorities. This further helps us to prioritize the most important features for release.

This section lists all suggested features you have submitted/supported, and displays their current stats.

This section lists all suggested features that have been released.

This section lists all suggested features that have been approved for development.

“Alright I told you what I want, so what happens next?”

Whether it’s a feature that you suggested yourself, or one that you voted in support of, we will make sure you are kept up-to-date on its progress. Once our team has approved a suggested feature for development, you will receive an email with the latest details. When that feature goes live in Sonar, you will receive another email sharing the good news. We will also let you know if one of your suggested/supported features has been determined ineligible for development. Read on to understand the factors that determine which fate a feature request sees.

In order for a feature to be considered for development, it must first meet the below criteria:

New feedback requests are evaluated on a weekly basis. Your request will not be visible in the user portal until this step has been completed by Sonar.

Power to the People

After a feature request passes Initial Eligibility, you and your fellow Sonar users help us to decide what features to build next by voting on and prioritizing open feature requests. This is done by visiting the Suggested by Others section of the Feedback Portal dashboard. Hit the thumbs up button ( 👍  ) if you support the feature request, or click the zzz button (💤 ) if this feature does not interest or apply to you. Clicking zzz does not 'downvote' the feature request, it merely tells us that it isn't relevant to you, so the next time you visit we won't bother displaying it in your personalized portal.

Each Sonar user in your organization is eligible to participate in this process, so make sure to encourage your employees/coworkers to visit the Feedback Portal too!

There is an internal quarterly audit process in place that evaluates pending feedback requests for community support and overall viability. If after 2 consecutive audits, a request is found to have not garnered any community support, it will be declined. Keeping irrelevant requests from piling up is important, otherwise over time it will be impossible for users to easily participate in the suggestion review process due to the sheer bulk of pending requests.

Depending on its known relevancy/benefit, our team may choose to approve a feature request immediately after passing Initial Eligibility. If this happens, the request submission will bypass the voting process, and its progress can be tracked in the “What’s Coming?” section of the portal.

Once a new feature or improvement initiative has been firmly scheduled into our development calendar, it will be added to the roadmap. To view this roadmap, simply click on the "Roadmaps" button on the navigation bar in the Feedback Portal. Here you will find the Sonar Roadmap, split into swim-lanes based on our products (V2 web application, Field Tech mobile app, etc). The Roadmap is organized by yearly quarters, which will help you to anticipate when the planned features will become available for use. This Roadmap is a live resource, so make sure to check back often to see what's been added, and if there have been any adjustments when it comes too the order or timing on the items you are tracking.