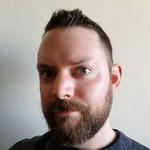 Updated 1 week ago by Simon Westlake

For a long time, Sonar has handled DHCP and option 82 requests for large networks using the Sonar DHCP Batcher. Now, this functionality has been expanded and integrated directly into Sonar, thanks to the cloud scalability of Sonar v2!

If you have a scenario where a DHCP batcher must still be set up, or you are a current Sonar V1 customer, the original documentation on setting up the Sonar batcher can be found here: Setting Up a DHCP Batcher

DHCP is used by some ISPs as a way to assign IP addresses on their networks. The IP addresses can be assigned to ISP-controlled equipment (such as a wireless radio, fiber ONT, cable modem, or other device) or directly to customer equipment, such as a router or PC.

What Are the Problems With DHCP?

The IP address that is offered by the DHCP server can be set in a wide variety of ways. Commonly, in an ISP network, the IP is either selected from a pool of available IPs, or a static reservation is set for the particular client. In either scenario, this IP could be a public address, or in the case of IPv4, a private address (typically used with Carrier Grade NAT.)

This configuration can often be problematic for customers though. If the customer is running any servers inside their network that need to be publicly accessible, the ISP has to manage port forwarding rules inside their edge device. Also, if a customer connects a device behind the ISPs edge device that is also performing NAT, this can frequently create issues with services such as VoIP or online gaming due to the double NAT configuration.

For a long time, we've had two approaches to handling DHCP in Sonar. The first is that a user can assign an IP address directly to a specific MAC address, and Sonar will write this static reservation into a DHCP server. This results in the client with that MAC address receiving the statically assigned IP every time they make a DHCP request.

The second option is to have the DHCP server deliver a notice of IP assignment (e.g. a successful DHCPACK) to Sonar, and Sonar then looks up the customer that the IP has been assigned to using the MAC address, or the Remote ID, which is sent using DHCP option 82, which we'll talk about a little more in a minute! If the customer can be identified, Sonar will record the IP assignment, and then remove it once it expires.

As mentioned earlier in this article, one of the issues with DHCP on an ISP network is identifying the source of a request. If a customer goes to a store, buys a brand new router, plugs it into the ISP network, and requests an IP, how does the ISP know who the customer is, or whether or not they are authorized to access the network? This is where DHCP Option 82 comes in!

Option 82 allows additional data to be injected into the DHCP request along the path between the requesting client, and the DHCP server. Let's go back to the previous example of a customer buying a new router, plugging it in, and requesting an IP. By itself, it would be very difficult to identify who this customer is. However, with DHCP Option 82 enabled, a device between the customer and the DHCP server can inject information that will allow you to identify them. For example, a cable modem could inject its own MAC address or serial number into the DHCP request, or a wireless access point could inject the MAC address of the radio installed at the customer's house. This information is injected into a special property in the DHCP request called the Remote ID.

How is This Used in Sonar?

Sonar will also look at LTE SIMs to try to convert the IMSI on the SIM to a MAC address. Many LTE vendors have an algorithm they use to convert an IMSI (which is a fifteen-digit, numeric identifier) into a MAC address. If we are aware of a particular vendors algorithm, we'll perform this conversion to try to identify the appropriate SIM.

How Do I Set This Up?

If you're using the latest version of Sonar, it's easy!

This data needs to be sent to your Sonar URL, adding /api/dhcp to the end of the URL (for example, https://example.sonar.software/api/dhcp.) This can be sent as a HTTP GET or a HTTP POST, and it should contain the following information:

An Example Script for MikroTik

Generally, you will want to configure your DHCP server to automatically send this data on every IP assignment or removal. The method of doing this will differ from server to server, but here's an example of how to do it with a MikroTik router. This would be placed in the DHCP server script portion of the MikroTik configuration.

Place this script in the 'Lease Script' section of the DHCP server configuration.

Replace the api_key and url values with your API key and Sonar URL respectively. This script will try and retry to deliver a new DHCP assignment to your Sonar instance, although you can change the max variable to set a number of retries in case of failure.

For a full explanation on how you would leverage a DHCP MikroTik script, see the MikroTik: Setting Up a Sonar Controlled DHCP Server article.

Regarding the # see note below text in the script above: Different relay agents may use different fields. For example, Ubiquiti uses agent-circuit-id instead of agent-remote-id, so update as needed for your particular device.
If you come up with any scripts or plugins for other DHCP servers, be sure to share them with us!

The Response From Sonar

When the DHCP script sends messages to Sonar, the RouterOS should receive a 200 HTTP response from Sonar. This indicates that the Sonar v2 instance received the request, the HTTP GET was properly formatted, and the authentication was successful. It does not mean that the data is definitely going to be put into Sonar. What actually happens to the request when it comes in, is that it is put into a queue that Sonar processes at the top of each minute (e.g., if it comes in at 2:04:25, it will be processed at 2:05:00). Once the queued requests are processed, if there is anything amiss (e.g., MAC address doesn't exist, IP address is not part of a pool, etc.), the update will be silently dropped.

One might say, “But the RFC 9110 HTTP standard says, ‘The 202 (Accepted) status code indicates that the request has been accepted for processing, but the processing has not been completed,’ so why is Sonar sending a 200 message; when this is precisely the scenario that 202 was built for?” The answer is that MikroTik did not recognize a 202 message as a successful response until RouterOS version 6.41. In order to support versions before 6.41, we respond with a 200 HTTP code. Furthermore, RouterOS does not indicate its precise version in its user-agent string (it just says, “Mikrotik/6.x Fetch”). So to provide maximum compatibility, we have taken this approach.